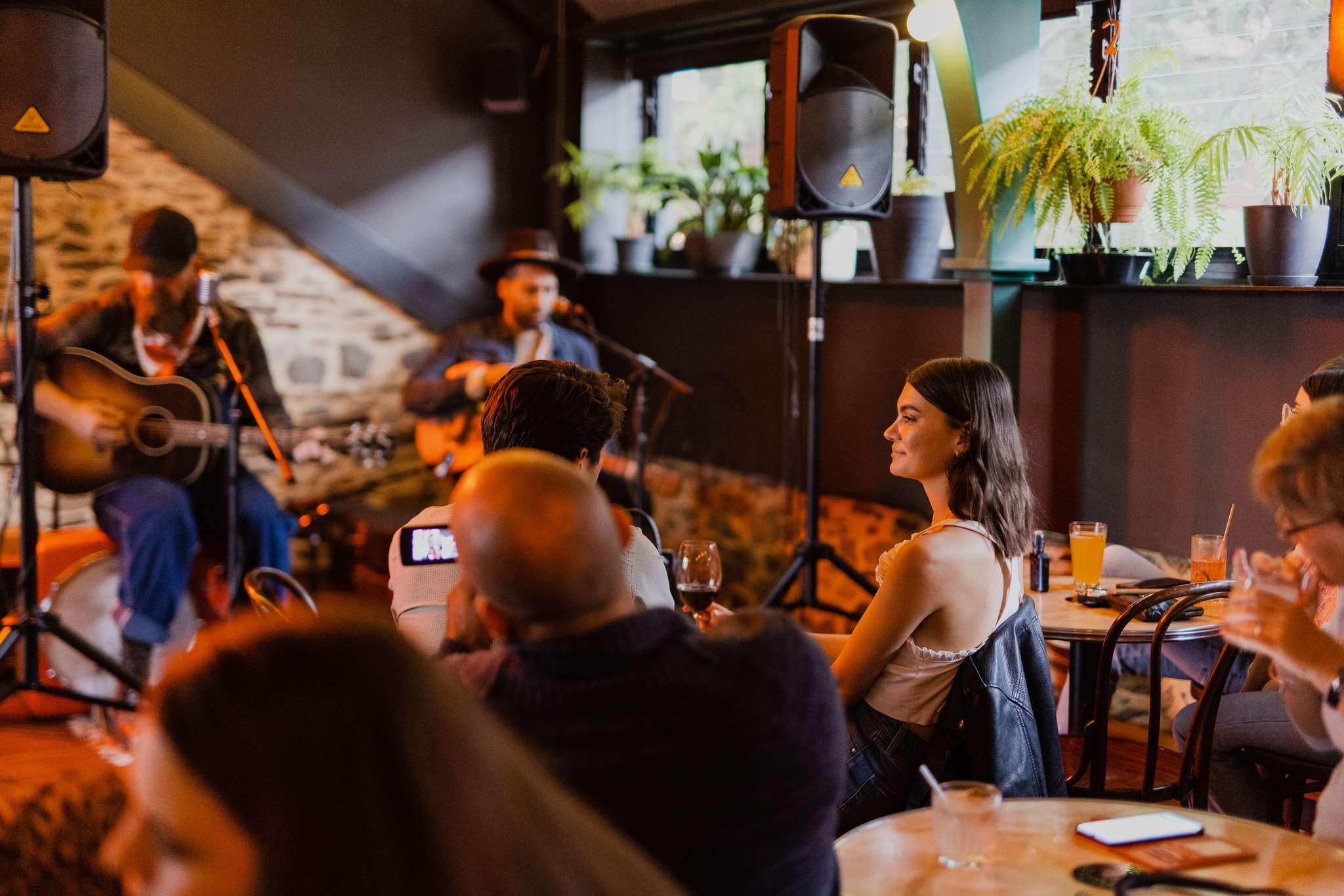 NOLA is the place to be for your favourite roots, blues and folk artists from all over Adelaide on Wednesdays and Thursdays.

Come and see us at the bar for a dram of your favourite whiskeys, a fresh pint of independently brewed craft beer or one of our signature cocktails to warm your soul with the freshest talent Adelaide has to offer.

Our tip? Get in early and stay late to avoid disappointment.

no bookings, no worries.