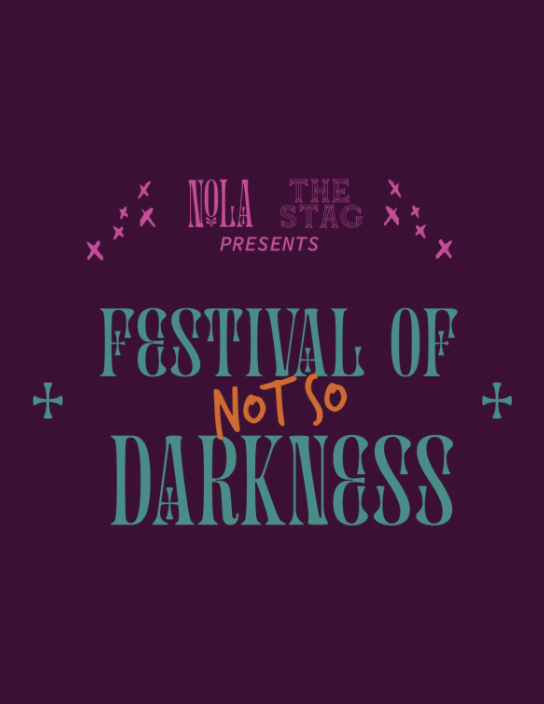 Festival Of (NOT SO) Darkness @ NOLA + The Stag

Book Ticket
NOLA Adelaide and The Stag Public House Present: Festival of (NOT SO) Darkness
Each year for the past 5 years, as the days grow shorter and the weather gets colder NOLA Adelaide have played host to an event of epically dark proportions. Every one of NOLA’s 16 taps is taken over by only the most delicious Stouts, Porters and Barrel Aged treats that we can find.
This year NOLA has teamed up with their neighbours The Stag Public House to take over the entire block and put even more dark brews on show.
So what can you expect from our Festival of (NOT SO) Darkness?
– NOLA’s Laneway and upstairs at The Stag Public House will feature breweries from around Australia offering FREE tasters of their darkest brews.
– First access to NOLA’s annual 16 tap dark takeover featuring the best dark brews from all over the world.
– NOLA’s ‘Show me the Light Bar’ featuring the freshest, hazy brews around.
– Live music from our favourite local musicians throughout the day
– A custom Festival of Darkness tasting glass
After sampling your fair share of dark brews, stick around for the official after party upstairs at The Stag Public House with local artists performing all night!
Breweries in Attendance:
Little Bang Brewing Company
Bridge Road Brewers
Moondog Brewery
Uradila Brewery
Shapeshifter Brewing Company
Hawkers Brewery
Big Shed Brewing
The Suburban Brew
Mismatch Brewing Co.
Swell Brewery
Bowden Brewing
Coopers Brewery
Mephisto Brewing Co.
And more..
Book Ticket