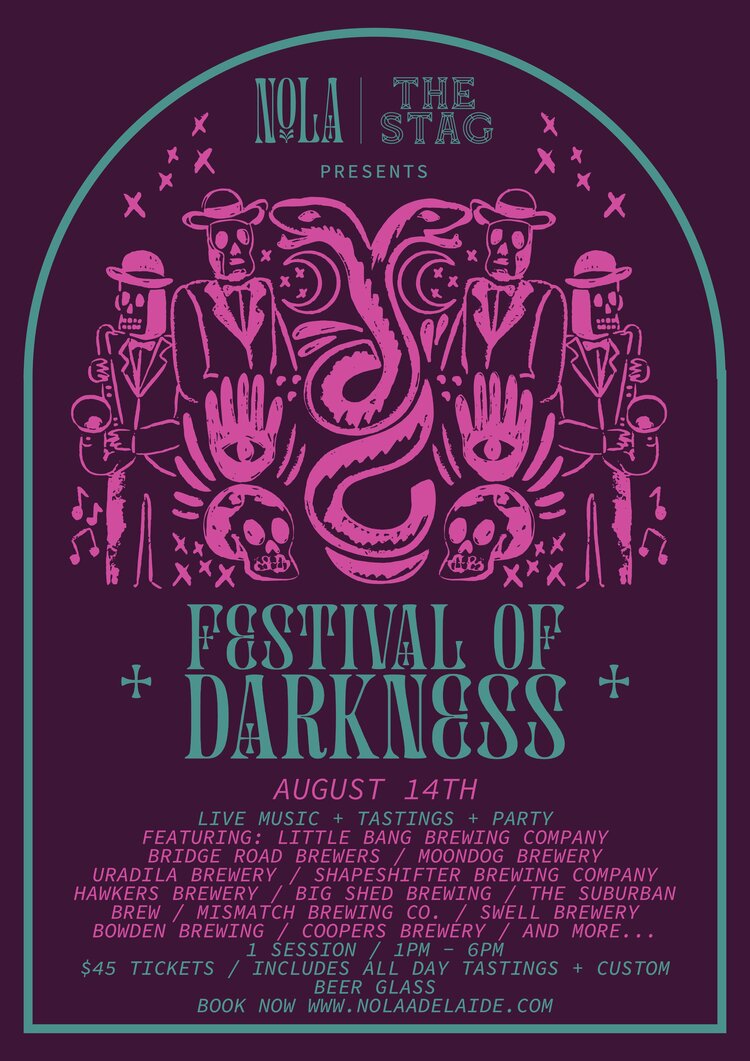 Each year for the past 5 years, as the days grow shorter and the weather gets colder NOLA Adelaide have played host to an event of epically dark proportions. Every one of NOLA’s 16 taps is taken over by only the most delicious Stouts, Porters and Barrel Aged treats that we can find.

This year NOLA has teamed up with their neighbours The Stag Public House to take over the entire block and put even more dark brews on show.

So what can you expect from Dark Beer Festival 2021?

After sampling your fair share of dark brews, stick around for the official after party upstairs at The Stag Public House with local artists performing all night!